Don’t leave without a medal 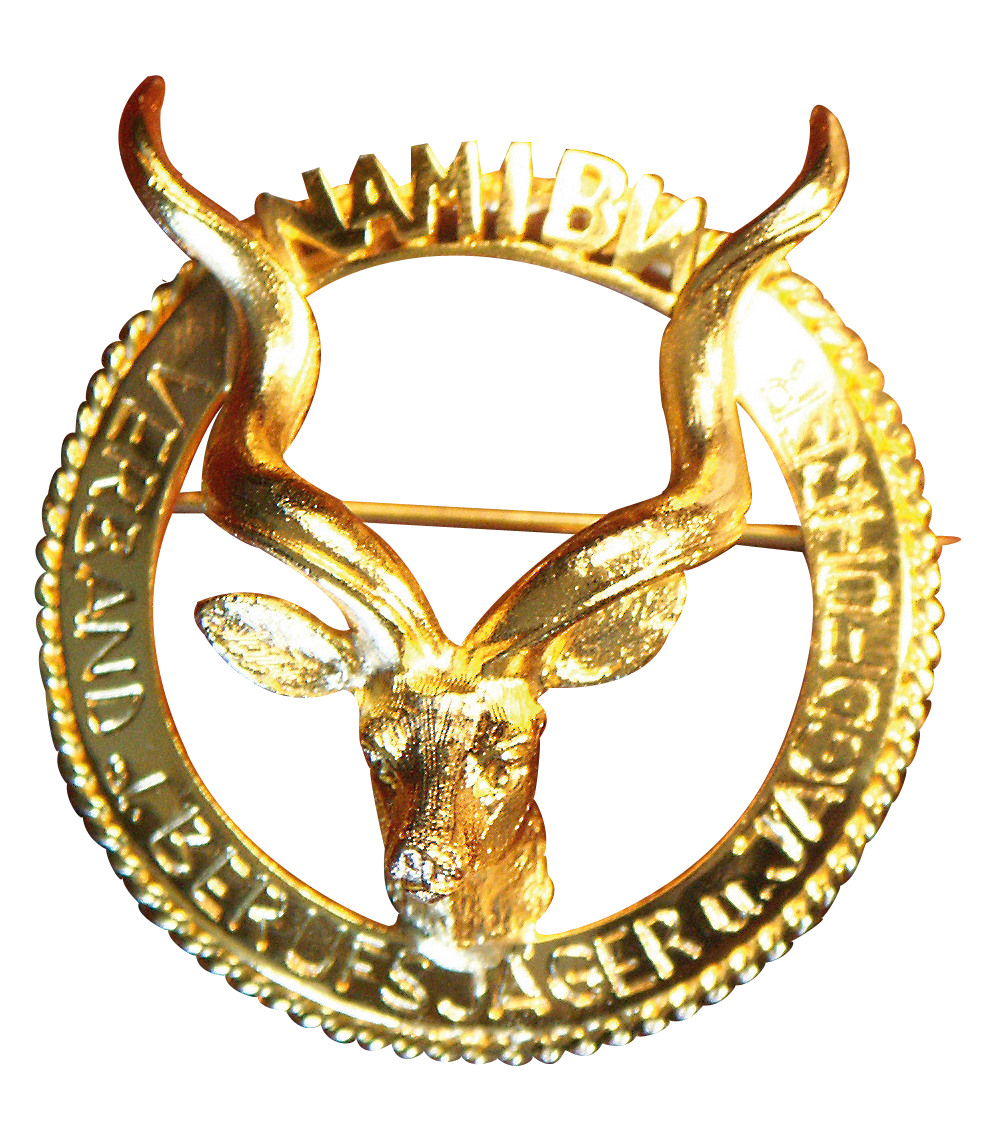 Trophies 5% above the minimum score for entrance into the SCI record book are awarded with the Gold Medal. 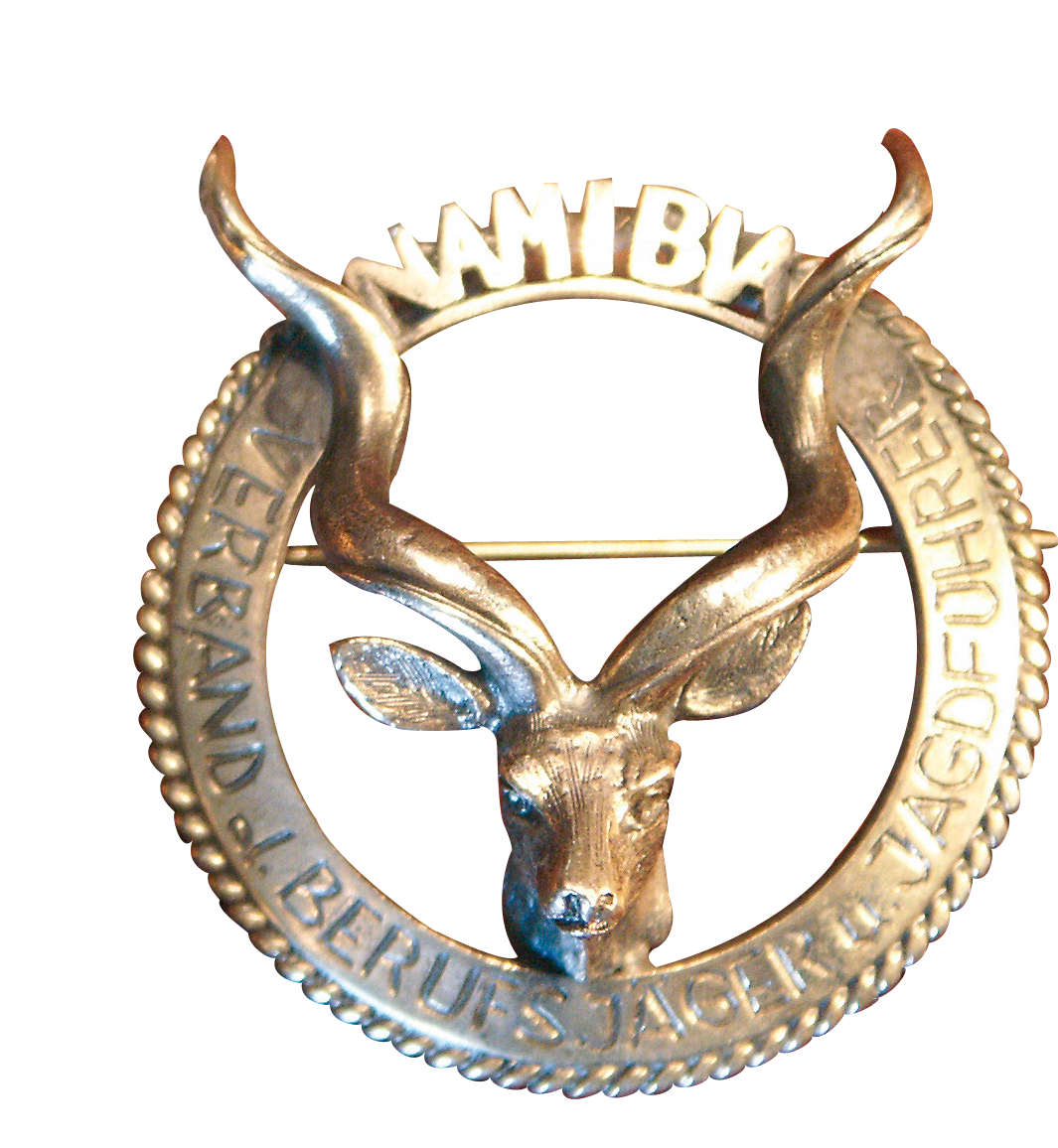 Trophies making the minimum scores for entrance into the SCI record book are awarded the Silver Medal. 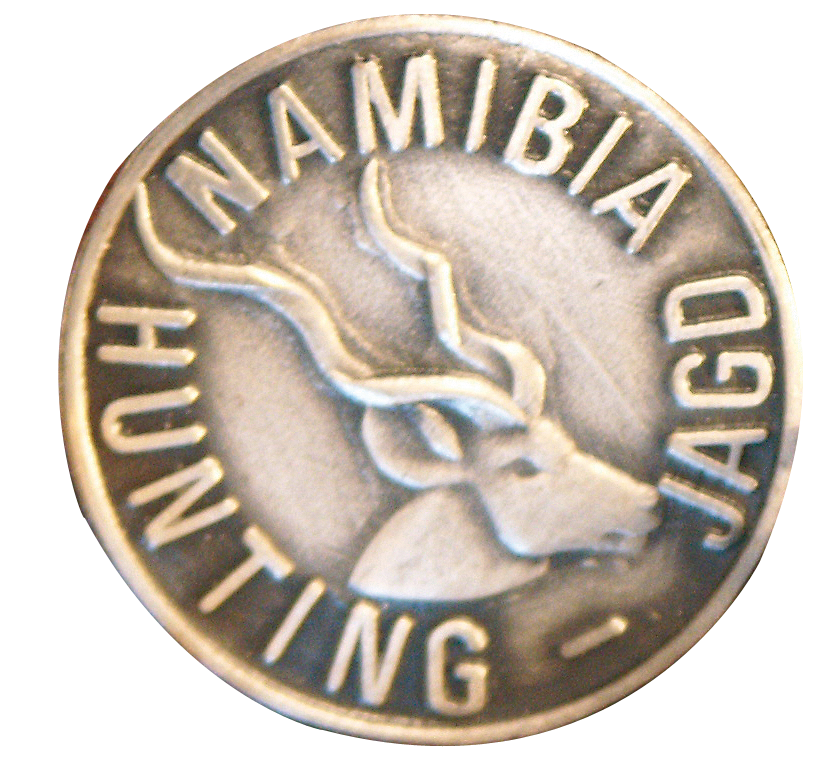 Trophies that are 5% below the minimum score for entrance into the SCI record book are awarded with the Bronze Medal. 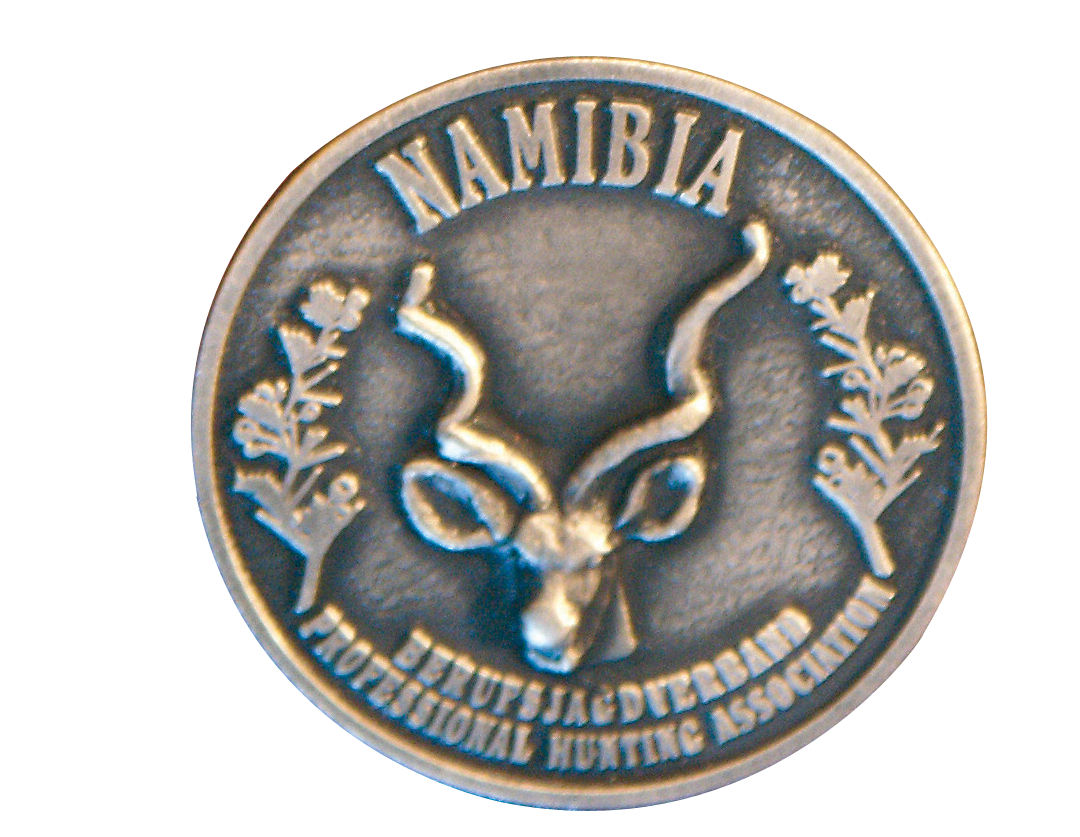 Trophies that do not qualify for gold, silver or bronze, because of old age or because the trophy is deformed or broken, qualify for the Conservation Medal minted in Old Silver.

W hen the first example of a trophy medal was introduced at the AGM of the hunting association back in 1988, nobody expected that this initiative would turn into such a success. Not only has a Namibian medal become a sought-after souvenir for trophy hunters from all over the world, but sales also generate funds for NAPHA to conduct its business and secure a future for trophy hunting in Namibia, for generations to come.

Over the years, the income from medal sales has helped NAPHA to establish itself as a strong organisation which regularly receives accolades from the Ministry of Environment and Tourism for its conduct as a self-regulating association, its involvement in conservation and anti-poaching efforts, scientific research, international negotiations on issues relating to trophy hunting and for its social responsibility project called Hunters Support Education.

In 1999 NAPHA awarded a tender to the Eagle’s Rock Hunting Academy to enable previously disadvantaged hunting guides with little formal education, to prepare for an oral and practical examination to obtain a recognised, formal qualification.

One of the association’s most important contributions was to assist Government 42 years ago to develop trophy hunting regulations for Namibia, which are still applicable today.
When the Namibia Tourism Board was established in 2001, NAPHA was involved in reviewing the regulations, which now also stipulate minimum trophy sizes. Namibia is still the only African hunting destination with this form of quality control to protect the genetic pool.

Over the years NAPHA continued to initiate ways to ensure the protection of the genetic pool of huntable species in Namibia. The Game Fields Medal was introduced in an effort to encourage trophy hunters to aim for the trophy of an old animal past its prime instead of the large trophy of a younger animal.

Make sure that you don’t miss the oppor­tu­nity to own a special Namibian medal. The prestigious Namibia Game Fields Medal in gold, depicting a Baobab tree engraved on the front, was introduced in 2002 to award not only large trophies, but also those from old animals. NAPHA introduced the medal to encourage hunters to allow animals to age and pass on their genes.
If an animal with a large trophy and excellent genetic potential is taken before it has had the opportunity to pass on its genes, the material is lost forever from the genetic pool, with a consequent decline in the quality of trophies.
Sustainable utilization requires the well-endowed to be allowed to grow old, giving it the maximum opportunity to pass on its genetic endowment.
The criteria for this prestigious medal is similar to the gold medal,  for trophies that score 5% higher than the SCI Record Book minimum, but only the longer horn or bigger tusk is taken into account. Trophies from older animals are usually under-valued, because they are often damaged or blemished. This medal awards trophies with a clear display of age marks, a complete hardening of the bases of the horn, and delicate ridges at the base, spanning over a considerable section of the horn. The overall impression is important. Deformations, protuberances, especially at the
base section of the horns, blunt horn tips and clear signs of wear and tear are usually pronounced in old animals. In the case of tuskers, such as elephant or warthog, lacing in the base section and a considerable closure of the nerve cavity is evident.
Animals with a high longevity such as buffalo and elephant are often shot before reaching maturity with the consequent decline in trophy quality. This trend is evident even in the case of antelope.
The Baobab tree was chosen as the emblem for this sought-after medal, because it is one of the most impressive botanical phenomena in Africa, signifying age and slow growth. Some Baobabs are considered to be several thousand years old.
This medal symbolises the symbiosis of the wide variety of animal and plant species in the game field.
The medal will be of interest to hunters who do not normally engage in the cult of trophy hunting. By taking cognisance of this medal, hunters support Namibia’s commitment to sustainable trophy hunting.